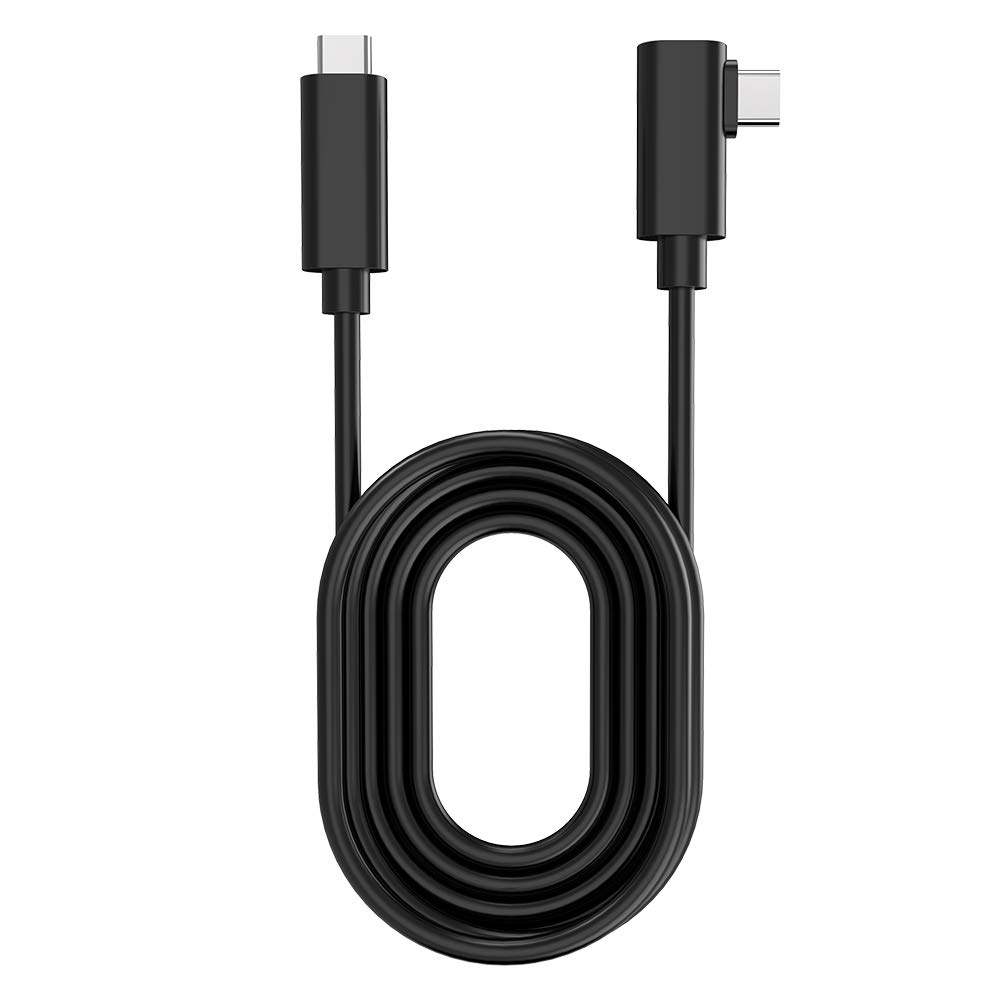 USB 3.2 Gen 1 cable, transfer data to and from all your USB-C devices at speeds of up to 5 Gbps.

No lag or delay when playing the game.

Our Type C link cable allows you to connect your Quest/Quest 2 to a compatible gaming PC, then you can play VR games while charging at the same time.

- Update your Oculus Software version to 1.44 or above and all other Drivers

- Plug the 90Â° angle USB C end of the VR Link cable into Quest headset, then make sure to plug the other end of the cable into a USB3.0 or more advance specification behind the host on your computer.

- If you have audio issues, please go to device settings and enable the Quest headset.

- Transfer Data up to 5GB/s with Charging

Unstoppable Ted Hawkins: I know this if off topic but I'm looking into starting my own blog and was wondering what all is needed t...