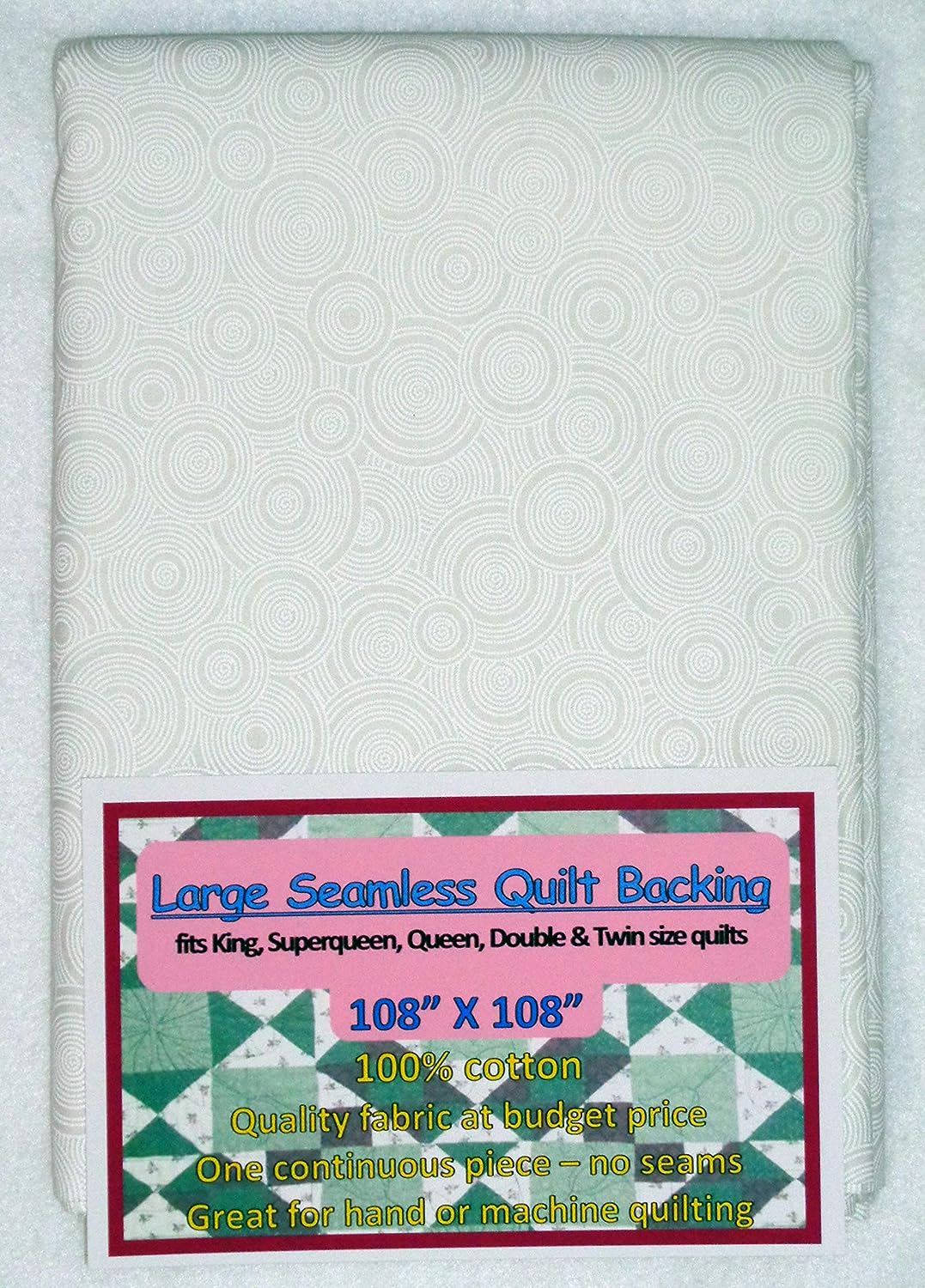 108"x108" - 100% cotton fabric, specially made for quilt backing. Precut to fit King, Superqueen, Queen, Double or Twin Size Quilts. Any leftover fabric can be used for binding or piecing. Packaged and ready for fast shipping with Amazon Prime.